I spent most of my midweek running imagining myself finishing yesterday’s race. I did 2 loops of 5.4 miles, once each on Tuesday and Thursday. I knew there would be uneven rock, very steep ascents and descents as well as some difficult weather due to it being in the Lakes! Most of my visualisation was about confidence over those parts rather than me flying down a hill to the finish (that one never happens!)

The weather was far from ideal on Friday night and I had a bit of an adventure setting up my tent in pouring rain. Luckily some children staying at the campsite with their parents offered assistance in pegging it out so I managed this a bit faster. Apart from the noise of the rain being a bit distracting in trying to get to sleep, the waterproof outer section of the tent held up well and kept everything dry. I had a warm shower in the morning which was great and put away the tent far quicker than it was erected. One of the other Campsite guests offered to make me a cup of tea before I set off at 6:10am so I was sufficiently warm for the short drive to the start.

We were told as part of the race briefing that the course was not going to include Scafell Pike anymore due to extreme weather but would still cover 95% of the agreed route. I was still a tad apprehensive about tackling this if it was bone dry so had no issue with this decision whatsoever!

The first climb out of Sticklebarn towards Harrison Stickle was a lot more technical than I expected. I had an idea from the map and prior research that it wasn’t going to be easy but I felt way out of my comfort zone with the ‘easy scrambling’ section. My decision to stay near the back at the start was great as I wasnt constantly being overtaken by human equivalents of mountain goats but it was unsettling seeing runners ahead of me copy others terrible foot placings. The fact that one of the runners immediately in front of me lost his footing and fell forward on one of the steeper parts did little to allieve my concerns! He was uninjured and hopped straight back up but I was still very conscious of the domino effect if the fall had been the other way that early in the race!

As a sort of gallow’s humour, my race picked up after this, the field spread out a bit and I settled into a rhythm of power walking bits I couldn’t run, running virtually alll of the less technical sections when they arrived and doing my own little version f making a 3 course meal out of a cheese sandwich by picking overly cautious descent lines. I was OK with being overtaken by people more familiar with the terrain who would either jump in one step what would take me 10 or find a far simpler route than the line I had picked.

After last weekend’s fiasco of stopping 27 miles into a 38 mile training run, I was adamant that unless I fell off the side of a mountain, I would finish this race. Pacing was going to be important but I figured the power walking sections would regulate my breathing and energy levels much better than if I tried to run more of it than I could.

I managed to reach the half way point without much further controversy and enjoyed a Longhaul vegan pouch of food as well as the aid station usuals of malt loaf, biscuits cake etc. I also had a small amount of cola but was wary of overeating considering the climb immediately after this checkpoint. I also made the rookie mistake of taking my waterproof jacket off because of the nice weather, forgetting the lower down temperature is widely different from the summits!

I managed the next climb reasonably well but had forgotten the course profile where the descent wasn’t all the way back down. I left it way too long to decide to put my jacket back on and ended up asking 2 runners behind me to assist with this a my fingers would not let me open my bag! They were really helpful and told me to put on everything I had brought. I was dressed in 2 extra top layers, base layer and original waterproof jacket, waterproof pants over my knee length tights, my windproof skull-cap went under my baseball cap and they also forced.my fingers and hands into my gloves. I was given a kendal mint cake and some toffee and pecan shots. I miraculously sprung back to life and warmed up quickly. Outside of the emotion of being certain I’d persevere, this gesture almost certainly saved my race! I think I would have been able to reach ground level safely but would not have managed to continue all the way to the finish.

There was a section with a mountain guide to show you how to climb a particularly technical rock and I was pleased with my upper body strength to pull myself up. The runners in front of me had told him about my difficulties running in shirt and shorts. My response indicated I was over the experience. I quipped ‘Almost died, fine now!’ He smiled and said the marshalls ahead may have some extra clothes if I needed them.

I managed to make it through the remaining mountainous sections and kept a persistent forward motion even when my legs were cramping up. I refilled my 3L water bladder in flowing water quite high up which tasted incredibly cold! Coming down off the last hill one of the walkers out with families gave me a 500ml bottle of luczade sport. Since I had got past the more technical parts of this descent I drank most of it and kept the rest in one hand as something to look forward to at the end.

It was a great feeling reaching the finish and I was pleased to have kept my resolve for the duration of the race. I had some lentil and coriander soup which was very flavourful and picked away at more malt load and cake.

When I arrived back I gave my wife Helen the finisher’s bottle of cider. 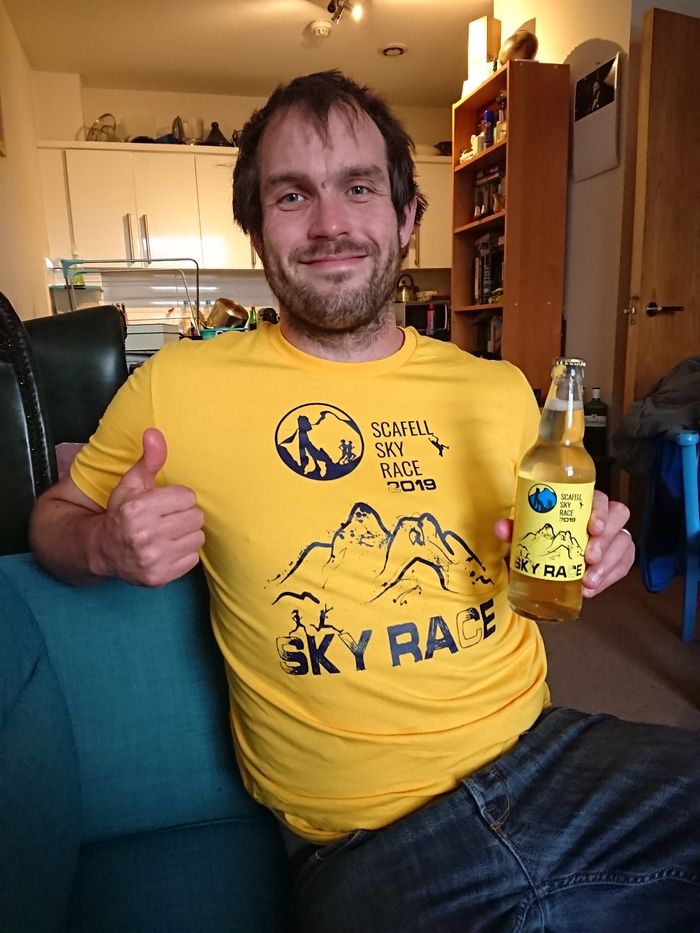 I jokingly explained there are 2 options when she decides to drink it.

I contemplated a recovery run today but my feet are still pretty sore from being bashed against rocks so will leave it till early next week. I’m pleased to have kept the imposter syndrome from last week at bay. I found revisiting this story earlier in the week helped a lot. 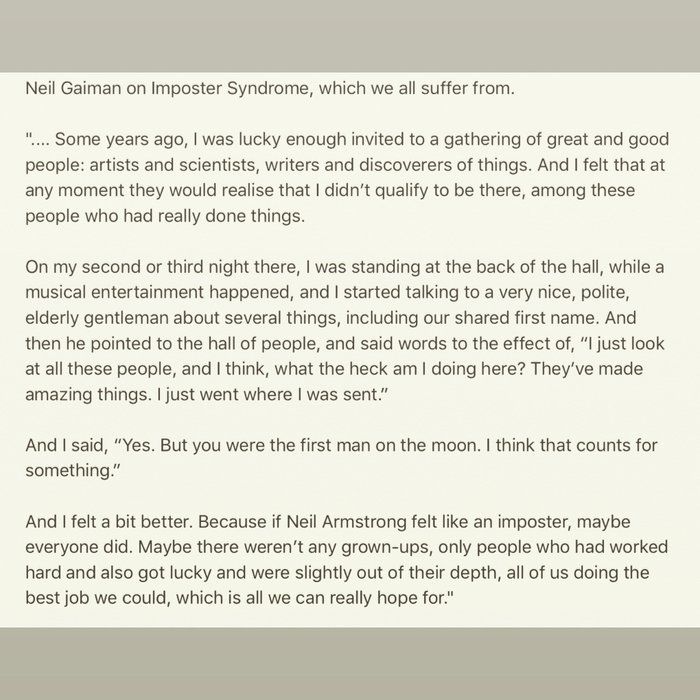 “ It is not the critic who counts; not the man who points out how the strong man stumbles, or where the doer of deeds could have done them better. The credit belongs to the man who is actually in the arena, whose face is marred by dust... Continue →