31 weeks, 63 miles and a healthy dose of midweek motivation

For people who have read my blogs for other races previously, my fondness for Captain Marvel and other comic books should be well known. I started my week with watching the movie adaptation on Tuesday which I thought was incredible. The 3rd act I thought was up there with the best Marvel films I’ve ever seen!

I then did the 5.4 mile loop first thing on Wednesday morning before watching Free Solo that evening. This is a documentary about Alex Honnold, the only person to have climbed the El Capitan vertical rock formation without ropes. To say this is 3000ft high at its summit feels like an understatement based on how it looks in the film.

I did the same loop twice on Thursday then once more on Friday evening. This was followed by two more on Saturday morning. I had aimed to do a minimum of 50 miles this week but didn’t want to push too much to maintain 70 considering I have races on the next 2 weekends.

I had agreed with my friend Tom to do 8 miles with him at 9am today. After some deliberation I decided to get up at 4:30 and set off at 5am rather than 5:30 to set off at 6, so I could do 4 loops of the 5.4 route before he came. I found these reasonably comfortable despite some issues getting my headphones to work first thing. I think the rain had possibly caused it these issues. Luckily I tried again about 2 miles in and they worked, maybe the cold froze the moisture!!

I enjoyed finishing my miles for this week with Tom and the weather was noticeably warmer by 10:30am when we finished than what I had dragged myself through earlier. I found I liked the below quote from Alex Honnold as extra motivation for this weekend. 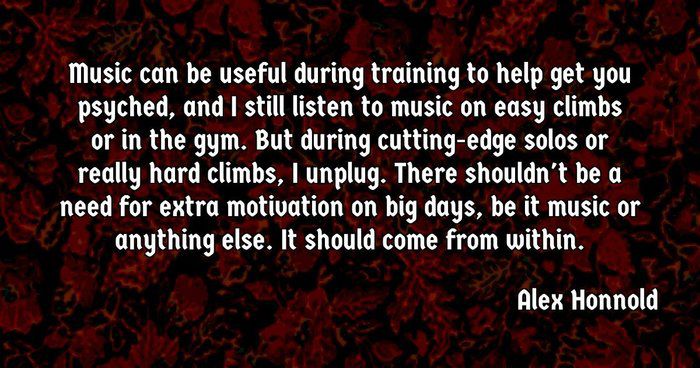 I really enjoyed my running for the most part this week. While I had shyed away from doing the longer midweek runs last week, this was not an option this week with having a marathon distance to cover over the weekend, I knew I would... Continue →