I had planned to push myself a bit more this week and then have a lighter week next week because of two races I have in the fortnight after that. After today’s efforts I feel I’ve achieved that!

My week started with 5.4 miles on Monday and 5 more laps of this loop during the week. My legs felt heavy on the 2nd lap on Wednesday evening but I kept pushing ahead with my weekly goal regardless. The weather for my 2 laps on Friday was quite tempestuous and I should have taken this as an omen for the weekend!

I had particularly enjoyed a Pardon The Interruption podcast this week called ‘Meaningless points in a meaningless game’. I knew before it started that this reference was about LeBron James overtaking Michael Jordan in an NBA basketball match on the all time points scoring list. This match was allegedly meaningless because LA Lakers were mathematically unable to make the playoffs before tip off. I liked the story on the podcast about LeBron having a Jordan poster on his wall as a child and the quote about what it meant to him having overtaken Jordan in points scored. I had bought the first pair of LeBron basketball shoes longer ago than I’d like to think about and have followed his career since he started in the NBA.

My interpretation of his adding meaning to an otherwise inconsequential match was about being able to pass Jordan in the only category he realistically had any chance of doing at this stage in his career was that it was a placebo way of adding motivation for himself. In the first season since 2004/05, he won’t be involved in the playoffs and this is something he can look back on this season having achieved.

I did 3 laps of 5.4 miles on Saturday which was quite difficult considering the stormy weather. My main goal of passing 80 miles for the week was the only thing that kept me out in the rain and snow for virtually all of the time this took.

I finished the week with 2 laps of 7.5 miles followed by one of 5.4 with my friend Tom then 5 laps of a 2 mile loop in Post Hill woods on my own. The last bit of this was ridiculously hard and I paid a price for not taking enough food on board for the first 26 miles. I felt a bit faint on my last loop and found everything more difficult because my shoes struggled to grip on flooded trail so my legs kept flailing off under the mud. There was one descent near a river that was particularly treacherous and I was pleased to manage to run along that without having to resort to using a tree branch for balance on the last lap.

I’ve found these woods have given me as much of a challenge as any race conditions for maintaining energy over the time needed to finish my run. What I learnt today I can take into future preparation so I don’t ‘bonk’ like that 28 miles into a 100 mile race in October. I think this fits in well with the ‘fail better’ approach illustrated in the Jordan quote below 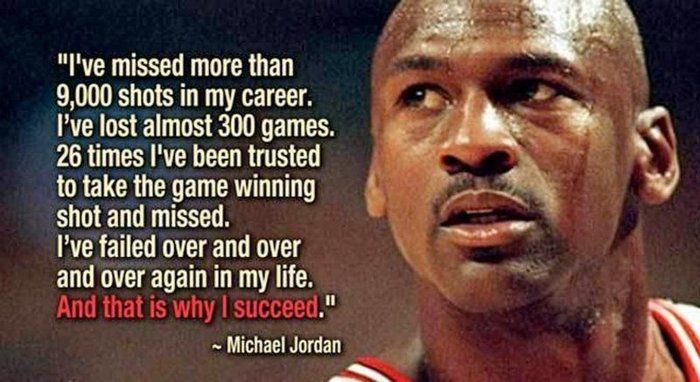 6 weeks, 6 consecutive training days, a change to usual running apparel and a new source for motivation

This week should have logically been less strenuous than the previous few weeks. I wouldn’t have excessive weather conditions to deal with and also had less work and social commitments than the previous fortnight. Whilst it would be an... Continue →